The Mediterranean Sea both unites and divides: people, continents, religions, cultures, political systems and economic zones. The publiaction series Mittelmeerstudien provides a platform for examining interpretations of the Mediterranean region and its ongoing developments, as well as analysing the history of this large region from antiquity until today.

The series features a diverse spectrum of subjects: from migration and settlement processes to constructions of a Mediterranean imagination and the conditions and manifestations of political government. Published by the Centre for Mediterranean Studies at the Ruhr-University Bochum, the series thus takes into account the specific features of an area which also has great potential for area studies.

Cultural Brokers at Mediterranean Courts in the Middle Ages (Volume 1) 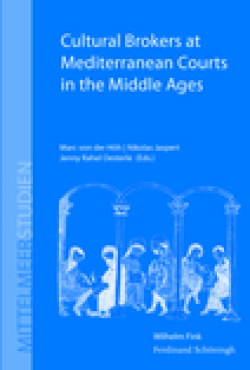 People of the most diverse origins, functions and religious affiliations gathered at Christian and Muslim courts in the Medieval Mediterranean: Diplomats, scholars, artists, merchants and pilgrims came as visitors and encountered a wide spectrum of court officials such as administrative personnel, translators, religious experts, the ruler’s confidants, not to forget the Royal family itself. A wide range of religious backgrounds can be discerned, and arguably communication took place between these agents at court, who therefore transcended cultural borders. The articles in this volume focus these “cultural brokers” and their importance for processes of mediaeval entanglement.
In a sweeping survey covering the entire Mediterranean and its hinterland, the thirteen papers deal with the courts of the Abbassids, the Ilkhans, the Fatimids and the Byzantines as well as with the courts of Rhodes, Cyprus, Aragon, Castile, Granada, Venice and Rome. Different forms and agents of brokerage are analysed, particular attention being paid to modes and means of inter-religious contact. By taking both the northern and southern rim of the Mediterranean into account, this volume extends our view of mediaeval court cultures and opens the field for transcultural comparisons. 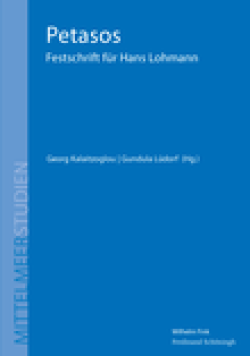 With Petasos, Hans Lohmann is honored as an internationally renowned archaeologist by his students, friends, and colleagues. 31 archaeologists, historians, philologists and natural scientists draw from their current research on topics of antiquity reception, history and epigraphy, art archaeology and archaeological field research as well as building research, methodology and applied methods in archaeology. 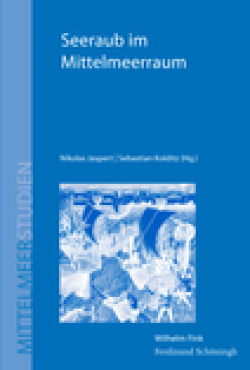 For millennia, maritime robbery was one of the defining factors in the history of the Mediterranean. The actors were perceived as a threat, but also caused multiple connections across the Mediterranean. Combating maritime violence served as a basis of legitimacy for ancient empires and medieval maritime republics. Coastal raids, slavery, and free trade played an important role in confrontations between the Islamic and Christian worlds. This volume brings together studies on this topic for the first time in a cross-epochal perspective. 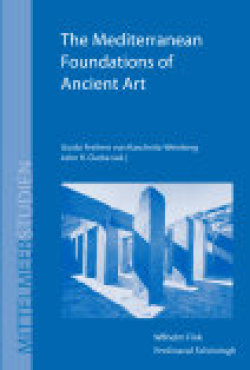 Kaschnitz-Weinberg's 1944 essay, one of the foundational texts of structural research, looks at the religion and architecture of megalithic culture to explain why Greeks and Romans realized very different conceptions of form and space in architecture and sculpture.
Kaschnitz relates the Greek conception to prehistoric cultures that worshipped ancestors and deities in phallic, upright monuments. He discovers the prehistory of the Roman conception in the cave, enveloping spaces that evoked the uterus of Mother Earth. The original text of the first English translation is accompanied by an introduction by the editor, reconstructed notes and a comprehensive bibliography. 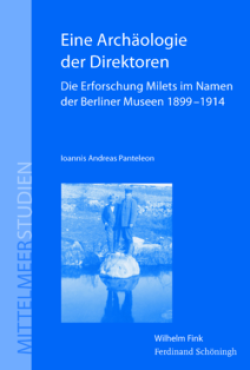 Until now, the high number of archaeological undertakings in Greece and Asia Minor around 1900 has ensured that their investigation in the history of science has concentrated on a few "large" excavations such as Pergamon and Olympia. For the history of another large excavation, that of Miletus, the broad historical context of archaeological fieldwork at that time is now elaborated here. Based on numerous unpublished sources - including private photographs and even poems by the scientists - the network of relationships between the players in these excavations is also reconstructed. 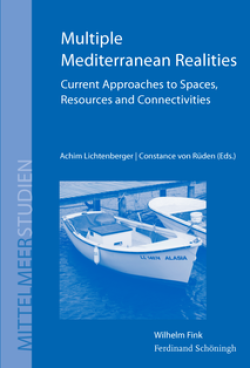 The Mediterranean is the site of various social, political, and scientific discourses and practices, whose respective nature determines how this space is conceptualized, incorporated, and also politically taken possession of. This volume documents an international conference of high-ranking representatives of the archaeological sciences, anthropology, ethnology, and history, who dealt with the topic in 2012 at the Center for Mediterranean Studies at the Ruhr University Bochum. 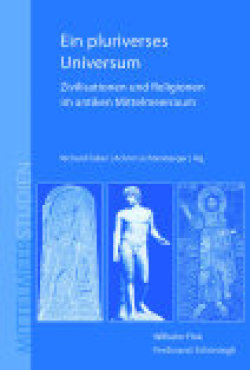 The ancient Mediterranean was undoubtedly a pluriverse universe. The supposedly uniform space was shaped by different entities that were in intensive exchange with each other, and thus the Mediterranean became the cradle of numerous religions.
Whoever says "Mediterranean" brings Fernand Braudel's research into play and suggests an analogy to his basic concept for the ancient world. A longue durée is also assumed in this anthology, which sets out the lasting significance of ancient and pre-ancient advanced civilizations for the religions of the Mediterranean. It does not present a comprehensive history of the religions of the ancient Mediterranean, but rather accentuates Mediterranean religious history in accordance with the dynamic complexity of the area. 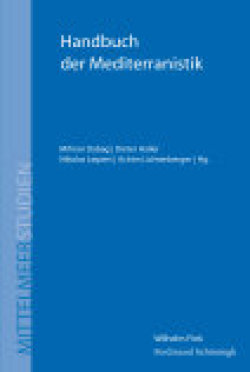 While in other countries a systematic approach to the Mediterranean as a region has long been developed institutionally and in scholarly tradition, this has so far been lacking in the German-speaking world. The "Handbuch der Mediterranistik" (Handbook of Mediterranean Studies) contributes to the establishment of the research field by presenting different disciplines' respective approaches to the systematic development of the region.

Essays on Heritage, Tourism and Society in the MENA Region (Volume 9) 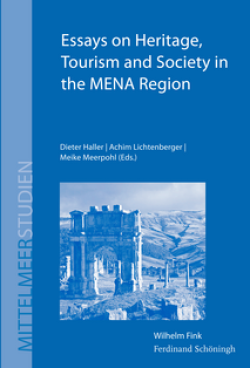 The volume offers a comparative view of the handling of cultural heritage in the Muslim countries bordering the Mediterranean. The contributions turn to these countries and take an exemplary look at areas in which "heritage" becomes relevant as a resource contested by local, national and transnational interests. Experts from the countries concerned and from Germany deal with the relationship between cultural heritage, politics and tourism and illuminate this relationship against the background of the current upheavals and processes of change in the respective coastal countries. 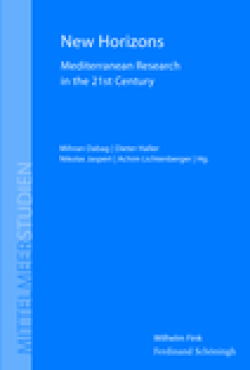 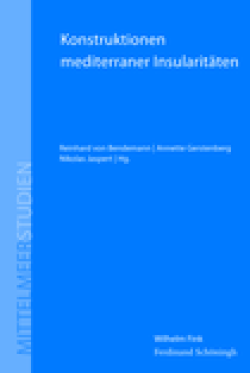 The concept of insularity can provide important impulses for interdisciplinary research on the Mediterranean, because it brings the specific "insular" dimension of the archipelagos and islands of the "Mare Magnum" into the center of consideration. The term "insularity" actually dates back to the Renaissance, but remained largely unused in modern research until its rediscovery. The scientific concept it circumscribes is closely related to the question of specific biological, economic, political, military, cultural, and religious phenomena on islands that result precisely from the fact that islands are completely surrounded by water and limited in their resources. On closer examination, however, these natural criteria condition a variety of specific ways, especially in the Mediterranean, of constructing insularity in texts and images. This volume is devoted to these different modes of constructing Mediterranean insularity. Its ten contributions cover a broad disciplinary and chronological spectrum, ranging from ancient and medieval history, theology, and literary studies to migration studies, sociology, and comparative, systematic island studies (nissology). 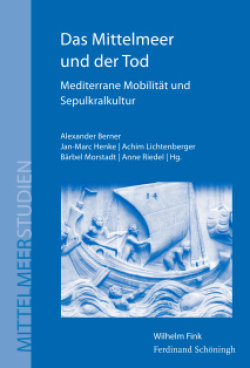 The Mediterranean is a space of mobility, but also of death. The sea holds dangers and brings people together, but also apart.
The Mediterranean enables a high mobility of people, their goods and ideas. These possibilities of contact always challenge the participants to question their origins, homeland and foreignness. Especially in dealing with death and the dead, negotiation processes of social conventions can be grasped as well as the respective ideas of the afterlife. For death in a foreign land resulted in challenges for burial. In this volume, various aspects are taken up, which illuminate Mediterranean sepulchral culture from antiquity through the Middle Ages to the present in a transdisciplinary way. 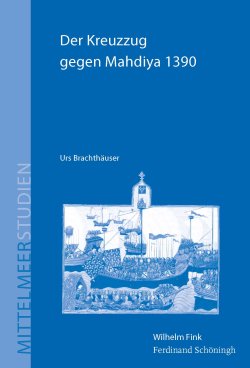 Chroniclers' accounts of the attack by an alliance of Genoese citizens and French nobles on the Tunisian city of Mahdiya shed light on the volatile relations between Europe and North Africa in the late Middle Ages. The study focuses on the conflict between the maritime republic of Genoa and Tunis, the anchoring of the war campaign in the chivalric courtly culture of the period, and the representation of North Africa and Muslims in the sources. An emphasis is placed on the question of the continuity of ideals, interpretations, and traditions associated with the Crusades. The approach of the study also repeatedly allows the tensions between the chronical narratives and the complex historical reality to become visible. 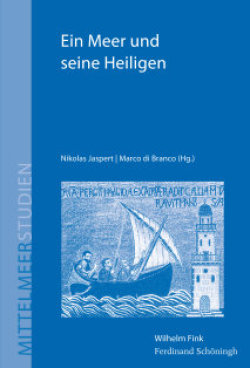 Storms, pirates, disorientation, foreign shores - we encounter such motifs in accounts of experiences and literary representations of ship voyages in various cultural-religious contexts of the Mediterranean. The volume contains contributions on complex relationships between religion, piety and the sea from the perspective of art history, archaeology or Byzantine studies, among others.
Relevance was given to forces that promised salvation and protection from the dangers of the sea. For many Mediterranean relations, veneration of saints in texts, images, and other media played a significant role. Patron saints were associated with maritime ventures and the sea in general through their stories or martyrdoms, and were invoked for help. In different milieus, among merchants and seafarers or coastal dwellers, these saints experienced special veneration. 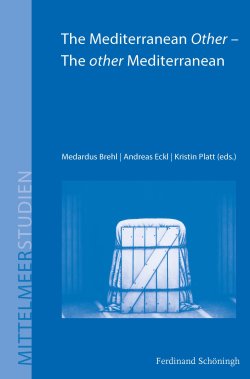 The Mediterranean Other encounters us today above all in the 'refugee'. Scholarly, political and public discourses on the Mediterranean - still or new? - determined by hegemonic perspectives.
The view of other perceptions, interpretations, and representations seems to be impossible due to the talk about financial crises, the new South, blurring borders, unclear securities. This is what the contributions to this volume are directed against. The studies do not only challenge a critical questioning of current political developments. They provide a framework for the search of minorities, non-state groups and diasporas on the Mediterranean for their own voice. 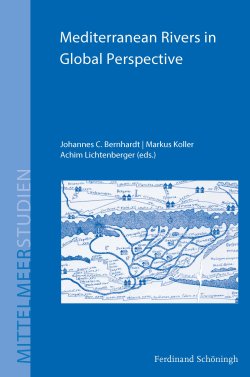